On your Wedding day!

Or not as the case maybe!
I shall explain later in this post.

How are you this Thursday?
Another week is flying by with not much to show for it other than lots of chilling and eating. 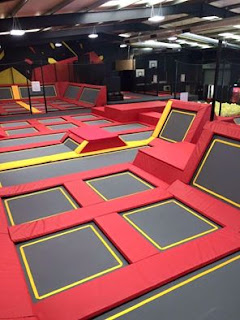 The Infinity Trampoline park in Inverness.  The kids had a great time and I might have had the odd bounce or two!  It was great fun for the kids practising somersaults and back flips, where as I bounced up and down with the odd sitting bounce.
My youngest tweaked his back at one point so ended up sitting out for a bit but it hasn't put him off, he wants to go back again.  The oldest boy practised continuous somersaults, having great fun throwing himself about.
For me personally it was far too much like exercise, my body doesn't seem to bounce like it used to. :D

Back to today, remember recently I showed you some bits and bobs and told you I was away to play with them?  I think it was Kate that guessed I was making wedding samples.
This particular bride is a granddaughter of one of my crafting buddies and had seen a very specific card that she liked and wanted for her wedding invites.
Could I reproduce it?
I would like to give credit to the original designer but I don't know the name, it is not my idea other than doing my samples in a different colour combination, as requested by the bride to be. 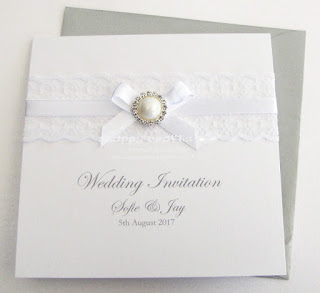 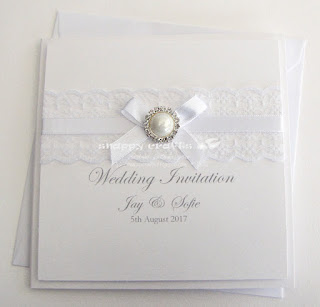 The long and the short of it is that she doesn't actually like them now.
Although they wouldn't have been my first choice of card, I was happy with the results.
Plus they were exactly what was asked for.

You win some, you lose some.

That's all from me today, I better go and look out an oldie for tomorrow, will you be joining me?

Aww Erika what a shame the Bride to be has changed her mind as they are so elegant, but as you say, win some loose some. Kate x

Typical! You did a great job making them, very elegant and professional. Cara x