Chillaxing on a weekend! Piping all the way.....

It really is strange not going into work on a Saturday morning, especially when I know it is going to be a busy one.
So what else is on the cards today?
It is the pipe band championships in Forres, over 100 pipe bands are competing so I imagine it will be quite a sight.  As my boy has just joined the band this year he is not competing but will be joining the mass bands later. I do hope the weather improves as the day goes on as I am hoping to go over, just for an hour to watch him play.
That will be my light exercise for today.

I have finished a couple of projects whilst taking it easy here which I am looking forwards to sharing with you next week, but as they are gifts I'm afraid you are going to have to wait to see them.  Boo!

Whilst busy crafting I received this email from my Dad yesterday and it did make me laugh so I thought I'd share it with you today.
I am not a big sport fan but I have been watching a little football, because it is on and have to admit this pretty much sums up how England have performed.

"A seven year old boy was at the centre of a courtroom drama yesterday when he challenged a court ruling over who should have custody of him. The boy has a history of being beaten by his parents and the judge initially awarded custody to his aunt, in keeping with the child custody law and regulations requiring that family unity be maintained to the degree possible. The boy surprised the court when he proclaimed that his aunt beat him more than his parents and he adamantly refused to live with her. When the judge suggested that he live with his grandparents, the boy cried out that they also beat him. After considering the remainder of the immediate family and learning that domestic violence was apparently a way of life among them, the judge took the unprecedented step of allowing the boy to propose who should have custody of him. After two recesses to check legal references and confer with child welfare officials, the judge granted temporary custody to the England Football team, whom the boy firmly believes are not capable of beating anyone".

Your smiling aren't you?
I have shown a little more interest than normal in the football because I have the Netherlands and Chille in the draw at work, both teams are still in and doing well.  Whoop, whoop!  A wee gamble certainly makes the sport more exciting.
Andy Murray seems to be doing well in the tennis so far too although I don't know whether he will make it to the final like he did last year, I hope he does.

This popped up on Facebook yesterday, shhh don't tell anyone but this strange phenomena appears to be happening in my craft room.  My one bag of yarn has grown to two or three and seems to multiply overnight.
Yarn making pixies at work!  (I wish!) 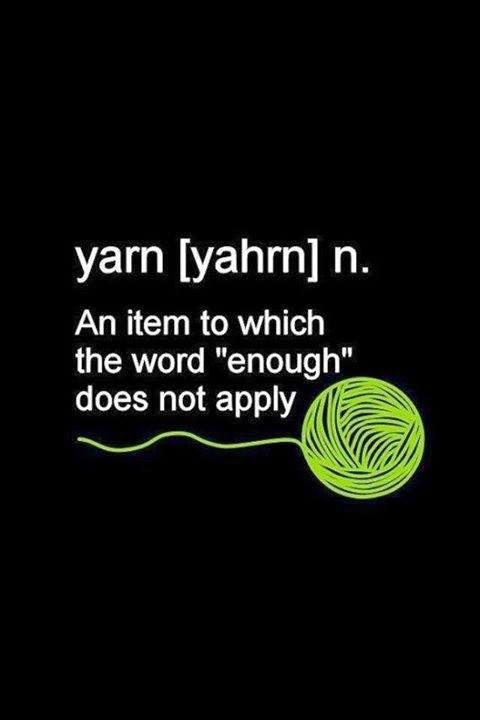 Stephen Fry also tweeted this a day or so ago and I did actually laugh out loud.....great marketing at work for those a bit worse for wear or under the influence of alcohol.  I bet someone did it, don't you? 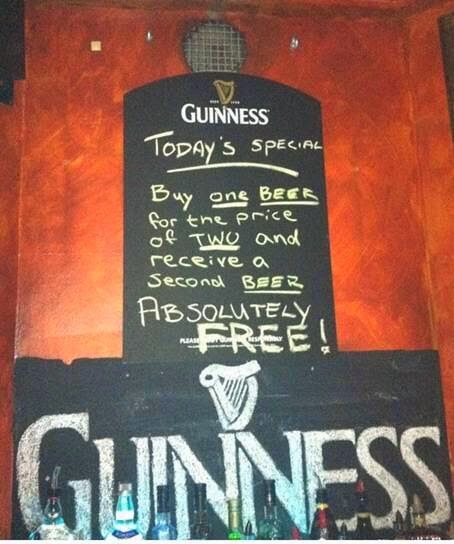 I can just see the faces of folk trying to work out whether this really is indeed a bargain.
How to up your sales!  Shear brilliance.

That's all from me today guys I'm away to try another crochet pattern before me wee trip out later.  Enjoy your Saturday and more from me real soon.  x
Posted by Erika at 12:00

Hello Erika , I hope the wee lad enjoyed playing this afternoon. I love listening to Pipe Bands, a day in Forres would appeal to me.
Love the story and your super "quotes"
Have a good evening with your feet up, yarn and hook in hand.
Hugs

Hi Erika, I love the story, so funny,yet so true.....
Great advertising tactic too.
I hope you lad has a great day with the pipebands, and enjoys playing, hope it's good weather, hugs Kate x