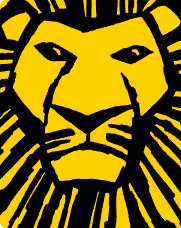 Whoop, whoop.  #excited.
Do you have a bucket list?
I do.  It mostly involves visiting places...the usual stuff, Paris for the Eiffel tower, a German Christmas market, the tulip fields in Amsterdam, The Great wall of China, etc...etc...  I could go on for hours.

What you might not know about me is that before I found crafting I used to dance and sing!  I know hard to believe now I had any training especially on the singing front.....totally tone deaf and now resigned to making noise whilst driving in my car.  (And that is polite).
I did once interview for a dance job on a cruise liner at the grand age of 16 but I was 31 days too young for the contract.  It was obviously not meant to be, which I was later glad of having found out that the whole troupe came home pregnant after their first trip!  I don't know if this is true as it was just rumour I'd heard...guess if it was the trip made a lasting impression!

It goes without saying that as a child with a dance and singing background I loved to go to the theatre to see musicals, opera or ballet.  (We did giggle at the men in tights!)  As a teenager we would visit London once a year for the hockey international at Wembley but the highlight of the weekend for me was the night visit to a show....Les Miserable, Joseph, Barnum to name but a few I loved them all.
As I got older but still living with my parents I would make trips to York, Darlington and even Scarborough to see shows or comedians during summer season, Victoria Wood probably my favourite.  I always giggle just thinking about her show as there was a group of pensioners sat in front of my friend and I who didn't really get some of her jokes with comments like....."she isn't that rude on TV!"  Whilst I sat behind them crying with laughter.

Then when I was based in Edinburgh I found the Playhouse....oh what joys...back to see Les Miserable again, Oklahoma, Buddy Holly etc...I must have gone a few times as I still now get the leaflet every year of what is coming, 15 years on.  Whoops!

When I met my husband and BC (before children) we would occasionally go across to Aberdeen or Inverness for a show or two.  Then the children came and theatre viewing stopped.  Boo!
Don't get me wrong I've been to a couple of performances earlier this year I saw Pam Ayers, she is still as funny as ever and we always go to a Pantomime over the Christmas season, usually Inverness, but not a big show....if you know what I mean.

Where am I going with all this....next month I am going to see this and am taking the kids, yay they're now old enough to enjoying it too. 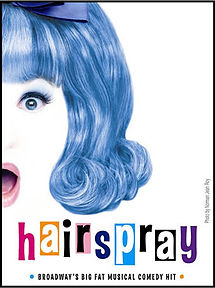 Both are into their music and so were interested in seeing this.  I had them watch the film when it was on recently to give them an idea, my youngest one was wandering around singing for days!

On my bucket list is the Lion King.  See I got there eventually and here is where I was going!
My hubby and I were in Florida when the original film hit the cinema and the show at Disney and so have fond memories.....in particular getting soaked leaving the cinema with that downward full force rain they have over there in the summer months.


I loved the film and we still sing "Hakuna matata" now and again.  No worries!
I'm really looking forwards to now introducing my boys to the whole experience.....I predict lots of singing later this year, in-between the crafting of course!
Posted by Erika at 11:09