Stencils and modeling paste at the ready....mmmm....love this idea.

Hi, remember on Sunday's post I said I had an idea after watching Barbara Gray?
I have a few stencils and some modeling paste, bought after a class with Andy Skinner a wee while ago in Aberdeen.  It has been sat waiting to be played with so I thought why not?
I have to say this is my version of a style of card that seems to be on trend just now, I think next time I will omit the glitter and just use ink.  Why?  I'll let you see.  Normally I change it then show you but feeling brave today. 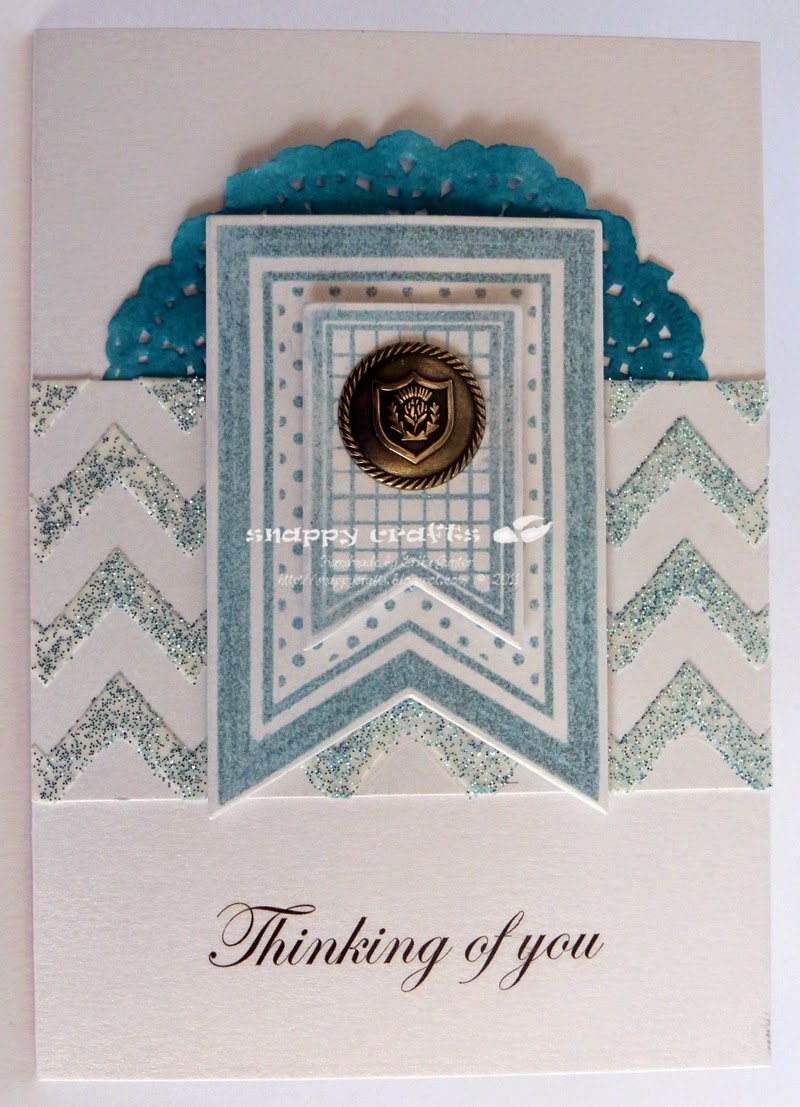 I have also used a chevron stencil, a doily, broken china Distress ink and Sizzix framelits and stamps Banners.  The button is from my stash and font by computer.
The glitter looked fab when I first put it on but it keeps coming off every time I touch the card, rethinking required!

This card is winging it's way to my cousin who is going through a rough time just now with his health, just to let him know we are all thinking of him and are wishing him well.  I wanted it to be quite a cheerful but a masculine card, hopefully to brighten his mood.

It is a beautiful day today so we are hoping to make it to the beach later, maybe even for a picnic....better get my skates on.
I don't think you need to be anywhere else when the weather is good....but I'll take my camera so you can decide later in the week.
Enjoy your Tuesday guys, I'm off for a little bit of fun in the sun!

Hi Erika, it's a lovely card, I do like your colours, I'm sure your cousin will love it, and I hope he gets through his difficulties, hugs Kate x

Love your card and the colours are great. Lucky you being so close to the beach, I miss that so much. Hazel xx

Brilliant card, love what you have done, great colours.
Hope you enjoyed your walk on the beach. We needed our wellies here till just after 2pm today.
Hugs

Your cousin will love this one. The chevron stenciled part is great and love that banner stamp set with it!

This is so on trend at the moment!
Great card.